OhLaLari is a lingerie brand offering nursing bras in a unique fashion to nursing mothers. When they first approached us they told us all about how nursing moms don’t have a lot of “sexy options to choose from” even though nursing should be viewed as empowering – which is sexy in itself. They wanted to make moms feel proud and good about themselves, while doing such a natural and beautiful thing. Normalizing breastfeeding is a movement that is getting a lot of attention right now, and what better way to normalize something then to make products to make you feel “normal” while doing it. 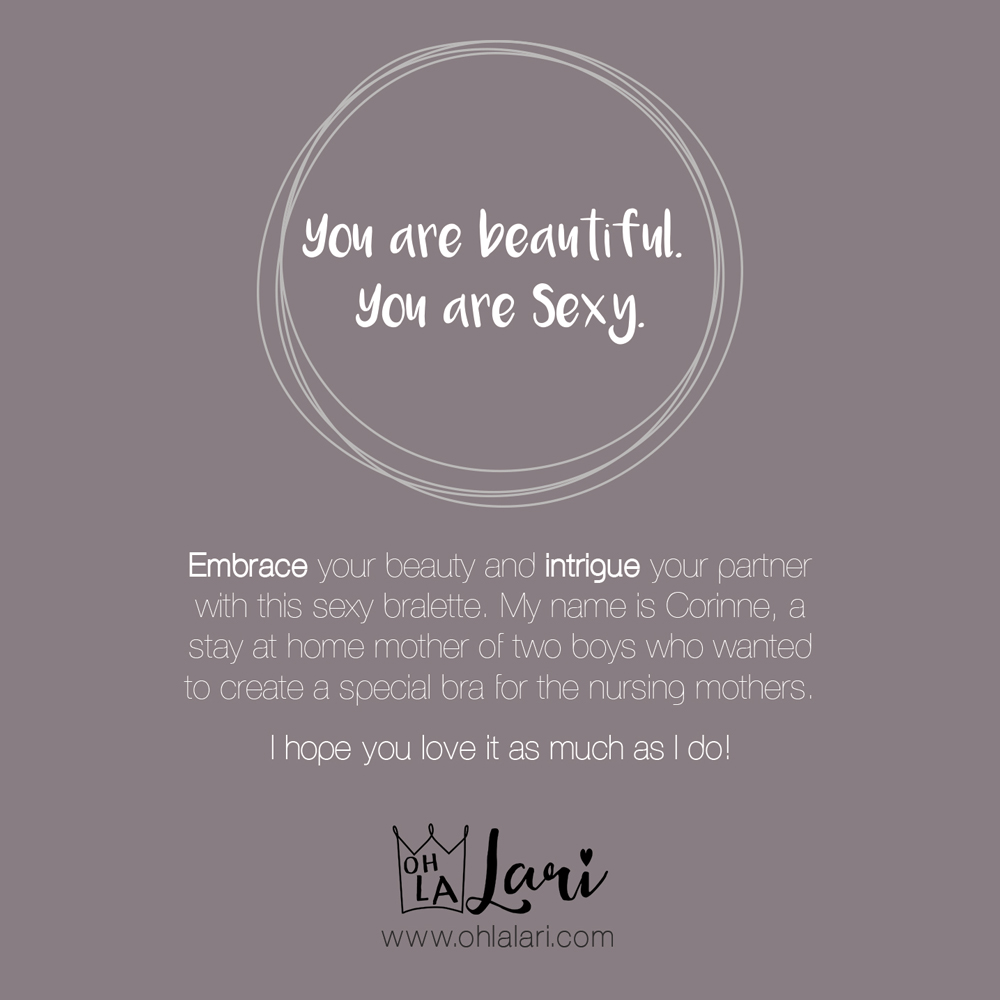 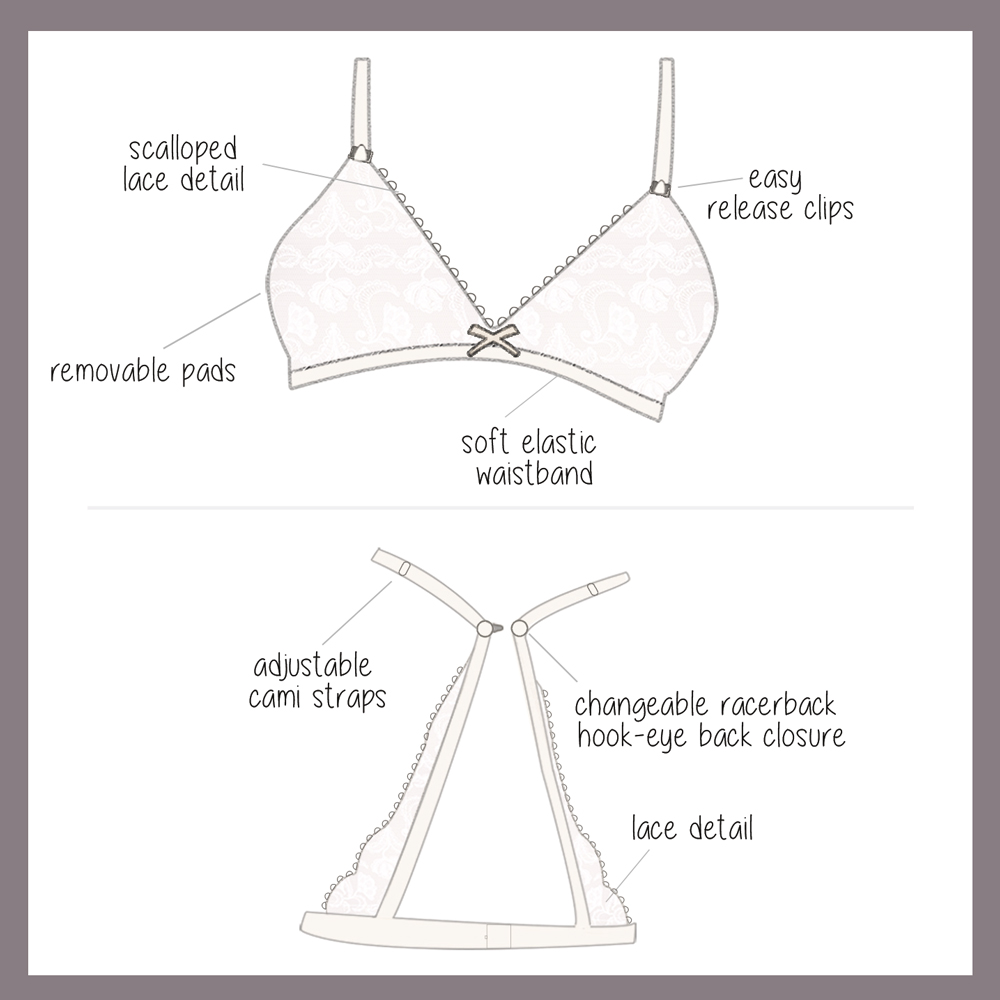 When we were brought onto the project they were having the bras produced which were going to be available for purchase online. Since they wouldn’t be meeting the buyers personally, they wanted to create a small card that they could include with each bra package being shipped their customers so they could add a personal touch.

On these cards they wanted a diagram of the bras so each feature could be pointed out and described. For this we sketched out the bra and hand drew all of it’s beautiful features like the lace, adjustable straps, and comfortable bands. We showed the front and back of the bra since both sides have unique features. This was fun for us, since we rarely get to sketch and draw, but doing this helped create a personal touch rather than just using a photo which might come off a bit cold and impersonal. We used simple lines to show things like the scalloped lace along the edges, and finished it off with a handwritten font for legibility and again to imply a personal touch. On the reverse side of the card we had the owner hand write a message to the moms about how much it means to her to have created these new bras for amazing nursing moms. We felt that this personal touch of adding a note from her would be the perfect way to connect with her customers. Now when they received their new bra they could see that she too has been a nursing mom and understands that feeling of craving being sexy.

Congrats @dvusd on the opening of your newest scho

Congratulations @rainbowryders on 40 years of crea